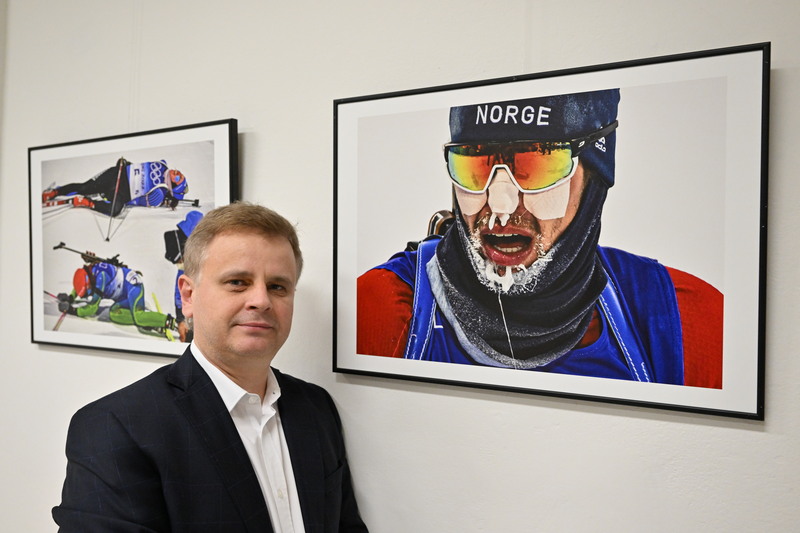 Roman Vondrouš was born in 1975 in Pardubice, he graduated from the Institute of Creative Photography in Opava, which is a part of Silesian University where he currently works as a professor. He has been working as a photojournalist for the Czech News Agency (ČTK) since 2005 where he is involved with agency photo-journalism on a daily basis. He has also photographed teh Summer and Winter Olympic Games (Beijing 2008, Vancouver 2010, Sochi 2014, Beijing 2022). He has won prestigious international photography competitions, such as World Press Photo, Pictures of the Year International, AIPS Sport Media Awards, Istanbul Photo Awards or Sony World Photography Awards. He has also won more than two dozen awards of the Czech Press Photo competi- -tion, including the titles of Photography of the Year and the Prague Grant. The main part of his photographic work is focused on horse racing, both from the sporting environment itself and from behind the scenes. He also worked on other photographic projects, such as Fragmenty metropole (Fragments of the Metropo-lis), Chataři a chalupáři (Cottagers and Cotters), Masopusty (Carnivals), Myslivecké lovy (Hunts), Noční kluby (Nightclubs) and more.

THE PEKING 2022 WINTER OLYMPC GAMES AS SEEN BY PHOTOGRAPHER ROMAN VONDROUŠ The XXIV. Winter Olympic Games took place in Beijing, China. It became the first city in history to host both Summer and Winter Olympic Games. These Winter Games in Beijing were described as a next “COVID Olympics”, after the Summer Games in Tokyo in 2021. The athletes, organizers, journalists and volunteers had to stay closed in a “bubble”, cut off from the local population due to the fears of Covid-19 spreading. Coronavirus suits with face shields, daily PCR testing with body temperature measurements, protective fences and quarantine hotels. All this and much more was a part of the elaborate and extremely strict measures that were supposed to ensure a smooth run of the event. In addition to the Chinese capital, some of the sport events also took place in the city of Yanqing and Zhangjiakou where, for example, the biathlon and cross-country skiing competitions were accompanied by an inclement weather. The combination of high altitude, severe frosts and strong winds caused several athletes to collapse.