Based on the evaluation by the international jury, the main prize of the 3rd year of the SLOVAK PRESS PHOTO Contest, the Grand Prix, was awarded to the freelance photographer Michal Burza for his photo from the Maidan series. The photo was published on cover page of the Der Spiegel in May this year, and is also considered to be the best one by Michal Burza himself. The photo displays a separatist, a member of the dissolved Berkut police force who stopped the photographer accompanied by some other foreign journalists making their way in Kiev. “The photo was shot at Institutskaya Street two days after shooting. It captures several lines when normal life is getting back to the war zone. It depicts the image of the self-defence, the faces of common people, as well as a gesture, seemingly a gesture of victory, but in fact it is a celebratory gesture dedicated to those who died during the demonstrations,” said Michal Burza. According to Yuri Kozyrev, the Russian member of the jury, “the winning phot shot at Maidan is a message for the whole world, making it a global contest”. 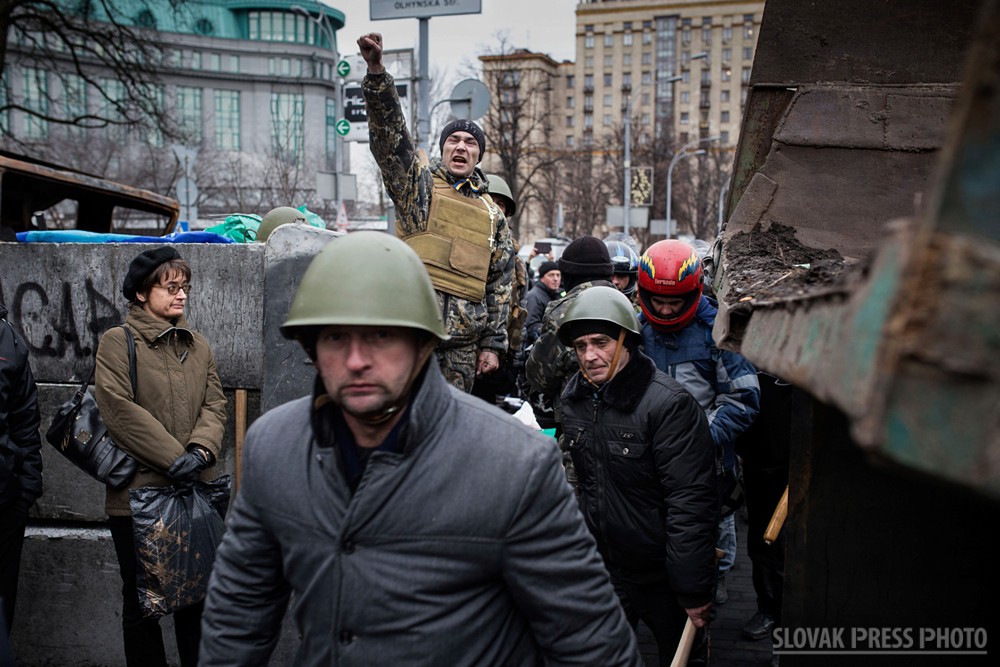