The jury members met in Bratislava on 10 and 11 September 2016 to judge the works submitted to the 5th year of the SLOVAK PRESS PHOTO photojournalism contest.
The works were judged by a 5-member international jury: Stanley Greene (USA/SK) – jury chairman, Jana Hojstričová (SK), Jindřich Štreit (CZ), Joe Klamar (Canada/SK) and Jozef Ondzik (SK).
191 photographers applied for the contest and entered 1,522 photos in total.
The jury judged singles and series in 10 categories: News, Reportage, Daily Life, Portrait, Sports, Nature and Environment, the World of Art and Showbusiness, Students and Young Photographers up to 25 Years (international category), Central European Photography (international category), and the Bratislava Grant.
A separate jury judged works entered in the Short Video category.
The jury members appreciated the quality of students’ works and reportages. The News category needs to improve significantly.
The photos mapped the recent events in Slovakia and in the world in connection with the refugee crisis, war conflicts, various social themes and environmental problems, social and political protests or current sports and cultural events.
The jury decided to award the main prize of the contest – the Grand Prix – to photographer, film director and camera operator Ivan Holub for his single photograph Dinner. The photo was submitted to the Daily Life category. It shows a group of Pygmean children in south Burundi who survive only thanks to food provided once a day under a Slovak nutrition programme. The children are waiting silently until they get their portion of meal. This silence continues also while eating. The picture was shot during the production of a video document.
All contest winners will be announced at the official awarding ceremony on 19 October 2016 in the Primate´s Palace in Bratislava. This event will be accompanied by the opening of the winning photos exhibition. 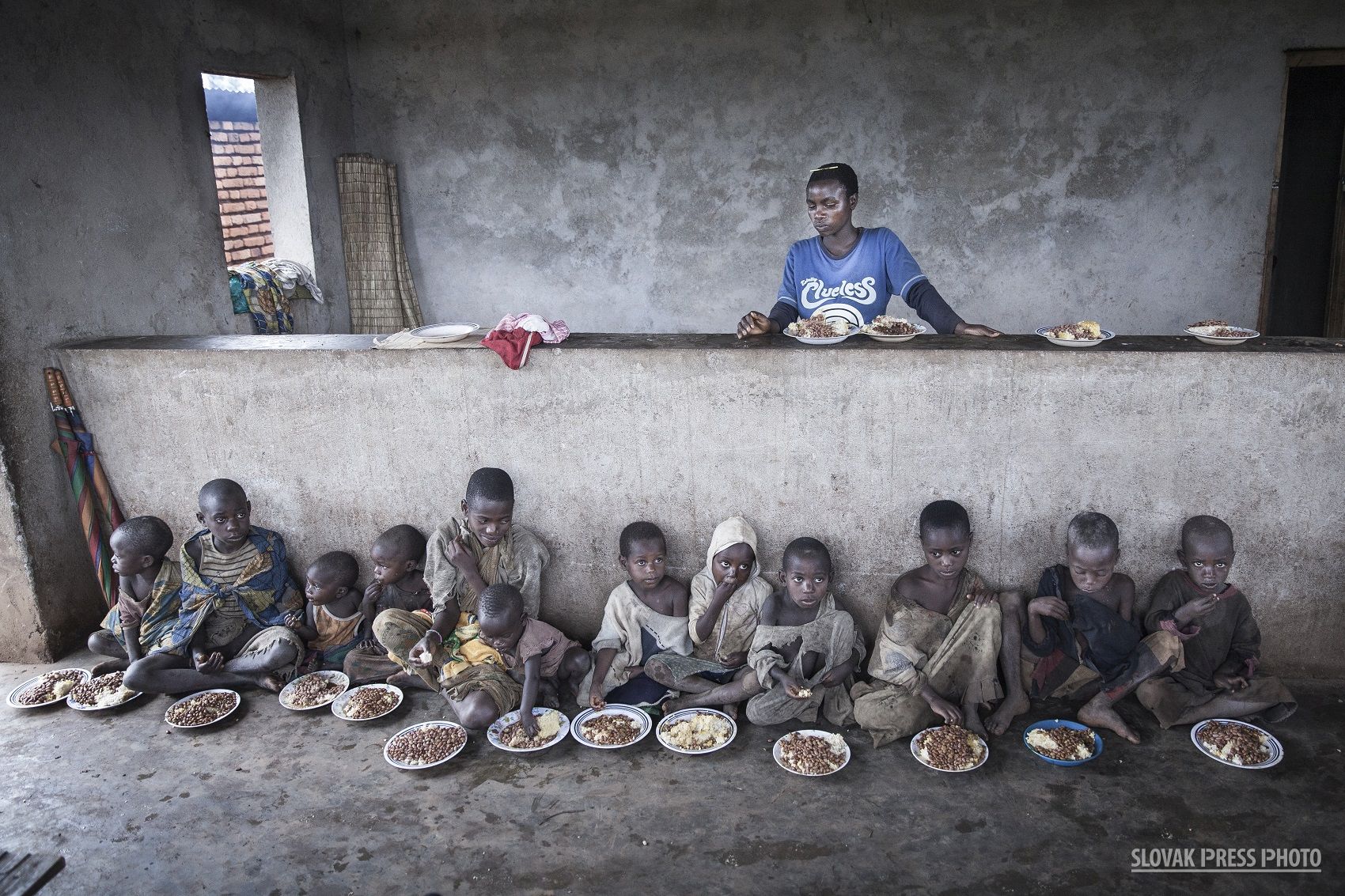